STIR Architecture joined Anchor Grup S.A. in Bucharest, Romania on May 25, 2016 to celebrate the relaunch of Bucuresti Mall and its sister property Plaza Romania. The first malls in Romania and significant urban developments, the two retail centers have been reimagined and repositioned to meet their respective markets. STIR’s Amsterdam office led the design of both projects concurrently, working closely with Anchor Group’s in-house development and construction teams. 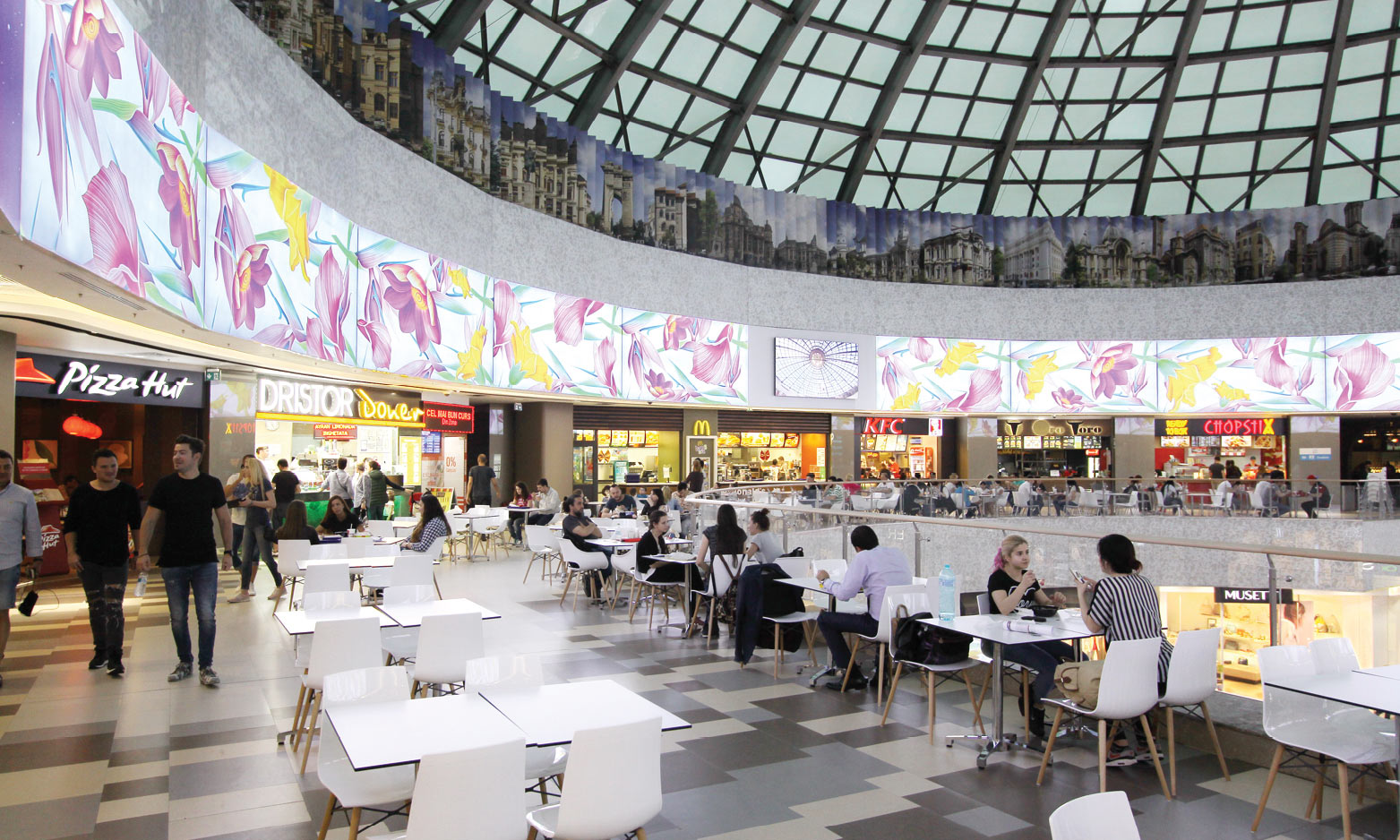 “Redesigning these two important retail centers in Bucharest presented the design team with the opportunity to celebrate the cultural and architectural legacy of Bucharest, which was once known as the “Paris of the East” with fresh designs that reflect the city’s aspirations for the future,” said William J. Sebring, AIA, STIR partner and head of STIR’s Amsterdam office. “Each of the properties is a landmark in a separate urban district within the city; each renovation had to respond to its own specific context and market.”

Both Bucuresti Mall and Plaza Romania were originally intended to be Market Halls during the Communist era and were repurposed as retail centers in the late 90’s. They both enjoy a scale and diversity that provides the community with an intimate and unique experience that generic mega-malls in the city cannot provide. They share the same core structure including massive glass domes at the center of the buildings. Each of the malls had been altered and added to over time, becoming two of the city’s leading malls under the management of Anchor Grup.

As the first and most well-recognized shopping Center in Romania, Bucuresti Mall – Vitan benefits from its central urban location and a stable tenant mix. In repositioning the outdated mall, the architects focused on quality of place over quantity. The design draws thematically on the legacy of the city’s great gardens with floral abstractions and layers of imagery that evoke color, light and nature in the urban environment.

Filigreed panels of leafy branches line the facade while inside the circumference of the heroic dome is defined by two rings of iconic graphics. The first ring is a photo mural of the city landmarks and the second a band of of bright, playful floral details. The interior courts are light, refined and elegant with a touch of whimsy. The redesign is smart and fresh with a nod to the rich history of place that appeals to the upscale, local market.

More overtly contemporary and extroverted, Plaza Romania, opens up to the surrounding district with well-defined, welcoming entrances and an upbeat, modern expression. Designed to serve the adjacent urban community, one of the most densely populated areas in Bucharest, the spaces are oriented to young families and office workers, who have quickly made the mall a day-to-day meeting place gathering around the long tables under the glass dome in the food court.

“These projects are vital parts of the urban fabric of Bucharest,” said Sebring. “The redesigns play an important cultural, as well as a commercial role, connecting to the rich history of the city in both tangible and abstract ways. They now serve as communal gathering places for evolving communities as they move toward the future.