I was fortunate to attend this year’s ICSC RECon 2017 convention. Attending the convention, which boasted over 37,000 attendees, 1200 exhibitors, inspiring key speakers, informative sessions, and the potential to make the deal, has been a goal of mine. While not directly catering to architects, but rather developers and potential tenants, ICSC is a perfect vessel to engage with former, current, and NEW clients and friends. Nonetheless, I had a preconceived notion of what attending the convention really entailed. I imagined a convention space filled with potential clients all searching for the next big idea, all ripe for the picking.

That image began to skew slightly when I was provided with a map of the convention, arguably a Thomas Guide, and a list of our scheduled meetings. Despite the daunting map and list of meetings, I was ready to go. My very first thought when I walked into the convention was “How will I ever find my way out?” The amount of energy and the insane number of bodies purposely moving throughout the convention was dizzying, but without hesitation, our team immediately became one with the mass in search of their next meeting. At this point, the magic started to happen.

Have you ever heard the expression “Time is Money”? Well, at ICSC it’s no different. Meetings had to be rescheduled, which led us to run from one end of the convention to the other in a matter of minutes. In front of the clients, and due to time sensitivity, you must perform like a well-oiled machine, you must be able to engage your potential client, gain as much information about them and rekindle the connection with a follow up. It’s comparable to a high stakes session of speed dating.

In between the mad dashes to meetings I managed to attend a lunch hosted by the ICSC delegation with key note speaker Steve Wozniak. Wozniak broke down his creative process by explaining his drives. One, make things better with fewer parts, and two, have a competitive stance towards self. There was a lot to take away from that alone. These drives are of great relevance to what we do as architects. With new players in retail and with others shying away, we need to find and exploit opportunities in the most efficient ways possible. We must continue to be nimble, reimagine past and current solutions in search of that elusive unicorn.

There were many other panels and various sessions which talked about relative issues in the retail development industry. The common thread in and out of the sessions was The Big Question…. Is Retail Failing?! If I were to measure the decline of retail by the amount of energy, exhibitors, and attendees, I would say no. It appeared as if deals were being made everywhere. The smiles, parties, and overall ambiance were electrifying. While The Big Question lingered, the utopic atmosphere signaled hope. Retail, as it has in the past, must and will evolve. Instead of focusing on the closures of big box stores, we must consider the possibilities that can arise from their closures. As an industry, we need to adapt and rethink our notion of places that consumers want to visit, provide solutions that will not only entice patrons to stay, but that make financial sense to our clients.

After two exhausting days of dashing from end to end to end to end of every possible nook and cranny in the convention center, I longed for that extra padded carpet found in exhibitor’s booths. Still dazed, I could hear the soothing ringing of slot machines continuously playing in my head. I had a fist full of business cards in one hand, and an iPad, with an equivalent weight of a cinder block hanging off my shoulder. I sat at the edge of my hotel bed, thrilled about the past couple of days and the potential of all our meetings, and while looking out the window, I asked myself what I would I do differently next year……first thing that came to mind…don’t forget your tennis shoes. 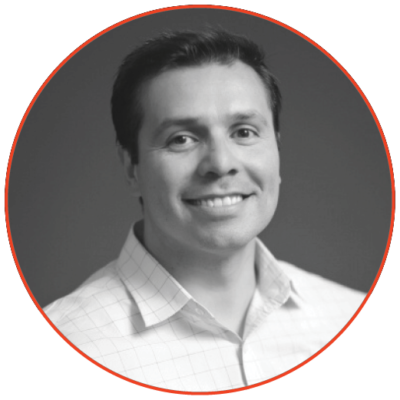