By: Joshua A. Foster, Intern
“I was a LEGO child!” This may be the biggest cliché answer from any aspiring architect to the constantly asked question of what inspired them to pursue a career in architecture. While this love for LEGOs was something that I did have since about the age of three, I have never attributed it as the inspiration behind my curiosity in the field. Two decades later though, I would find out how the idea of Legos connected back in a very unique way.

As a native of the Philadelphia area, a seasoned New Yorker, and now a Los Angeles resident, I have a great affinity for the urban city-life having lived in 3 of the country’s 5 largest cities. Some of my fondest childhood memories are from the drives through the city of Philadelphia in the back seat of our family car. As my parents now tell me, they can remember me sitting in the back with the window open, intently looking at all of the buildings, studying the people going in and out of them, listening to all of the sounds of the city, and telling them all about it when we reached our destination. In hindsight, this particular memory of a recurring experience would shape my present-day passions. Many people find the noise and congestion of cities to be a problem. Yet for me, that noise made music and that congestion was people interacting with each other and the dynamics of the city. So from a very young age until now, the sights, sounds, and liveliness of cities have fueled three big passions of mine: architecture, music, and people ― the strongest of these three passions though being people.

While actually being an architect was not something that I was exposed to until my junior year of high school, people were obviously something that I was exposed to in large amounts on a daily basis throughout my life. It was not just the passing by of people that I would see on the subways of NYC or walking down the streets of Philadelphia that I enjoyed, but it was the personal connections that I made with people that began to grow my passion in architecture. These connections came from the intentional relationships made through hearing the stories of and working closely with people all aiming to achieve the same goal. Early examples of these types of situation played itself out for me on the football field from middle school all the way through college. When about 100 guys each season, all from different backgrounds, achieve that singular goal of winning, it is truly a feeling like no other. As my college career came to an end though I began to realize that this feeling would never again be duplicated. Or so I thought.

Re-enter LEGOs. I came across some random LEGO facts online a few months back that really resonated with me. The first fact was that, LEGO bricks are part of an interchangeable system that dates back to 1958. This means that any brick in the world made after 1958 can interlock with any brick made all the way up to today in 2017. The other interesting fact that stuck with me was that any 2 eight-studded LEGO bricks can be connected 24 different ways and if you raise that number of bricks to 6, it grows to a staggering stat of 915,103,765 possible connections. So why were these facts important to me? Well it got me thinking; imagine if these LEGO bricks represented people. Any two people, no matter what age, race, or background, could connect their efforts together to make a huge impact in whatever they chose to work towards. Why? Simply because they are all human beings. Raise that number of persons to 6 and you get an even larger potential of impact. Now raise that number again to about two-dozen and the potential impact grows exponentially.

Well that is exactly how it felt working this summer at STIR. This summer was definitely an awesome learning experience for my professional growth in the field of architecture. Whether it was 3D modeling in Revit, helping prepare leasing packages for clients, working on construction documents, or learning during different lunch-and-learn sessions, each experience allowed me to get the most out of each day. But what I appreciated the most were the amazing people that I worked with. Being in an office where two-dozen people, all of different ages and backgrounds, can come in each day to combine their skillsets together and work towards the singular goal of creating a better living environment for the community…now that is the recipe for a great impact.

So how can this atmosphere be duplicated? Simple. Listen to people. Listen to their stories. Listen to their experiences. Listen to their daily journeys. I strongly believe that the more we listen and learn from each other’s stories, the easier it is to work together as a cohesive society in an attempt to create impactful changes every day. That is what I try to do each day whether in school, at work, with my friends, walking down the street, or even now through an online platform that a good friend of mine, Trevor Bell, and I created called An UNSCRIPTD Journey. In whatever field you are in if people are both the foundation and the end goal of what you do, then the LEGO Effect of impact will be unimaginable. 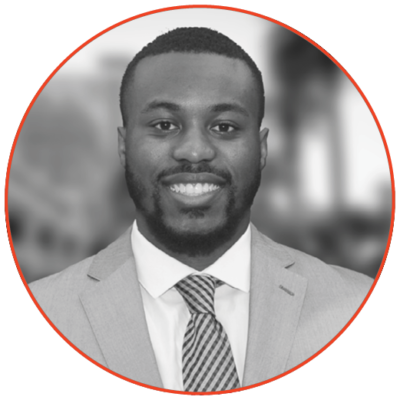